Over recent years the sounder with integrated beacon has been the favoured solution as they offer both audible and visual alarm indication. Pre 2014, they tended only to be used in noisy environments. It was the harmonisation of EN 54-23 where Visual Alarm Devices (VAD’s) changed the game. It shone a light on people with hearing difficulties and placed them at the forefront of thinking when creating fire strategies and fire system designs.

But what is VAD? and how can they offer the best possible protection to people with hard of hearing or people in a noisy (>85dBa) environment? Here we will discuss all these questions and focus on what products are the best fit for the purpose. 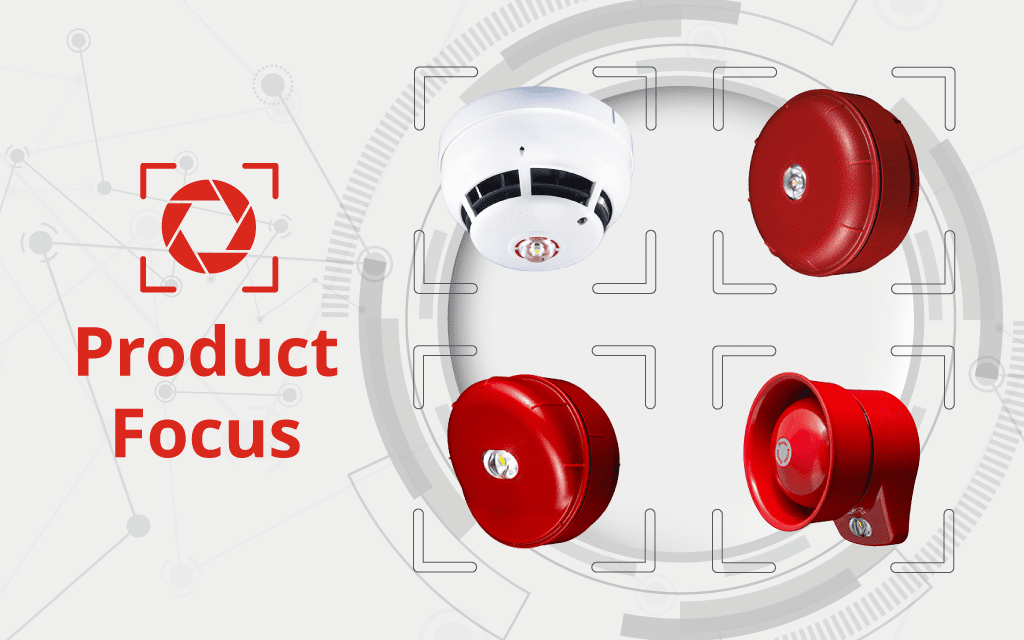 Until 2014, sounders were predominantly used in a fire alarm system to alert building occupants. Fire alarm beacons were supplementary to the sounders, only used in specific locations. The areas that would commonly have beacons were noisy environments, and it would be down to building control or risk assessments to add beacons to other places. These locations tend to be loud working areas where wearing ear defenders makes it challenging to hear a fire alarm sounder’s alerting of a fire.

Other instances which became a concern was if a person with a hearing impairment was left alone in a building, would they hear a fire alarm evacuation? So in these instances, it was best to have a second line of alert in the form of a visual aid, either a visual alarm device or visual alarm indicator. The alarm device, in this instance, would have to be in the form of a highly identifiable light source that could grab attention in seconds in even the noisiest of environments and is where the VAD steps in.

In 2014 the EU harmonised the EN 54-23 standard, which specified the number of factors a VAD would have to meet, making them a requirement of fire alarm systems. Designers now have to consider people with hearing difficulties which could be left unattended. They also need to consider other areas where sound may not be the best form of an alert seen in recommendations, such as HTM03-05.

What is a Visual Alarm Device (VAD)?

Visual Alarm Devices are high output LED beacons that alert deaf or hard of hearing people of a fire when left alone in a building. They work by emitting flashing pulses of bright white or red light when the fire alarm is activated. These Visual Alarm Devices offer intense attention-grabbing light like being flashed by a camera, making them unavoidable in a fire scenario.

Another form of indication is VID’s (Visual Indication Devices). These are the old red flashing beacons with a smaller light output used to notify a fire. Due to these devices not meeting the light output or coloured light specified by EN 54-23. The use of VID’s are only permitted as a supplementary device and cannot feature as a primary form of an alarm, unlike a VAD.

We manufacture a range of VADs in both addressable and conventional forms, but what exactly do Protec VADs offer? 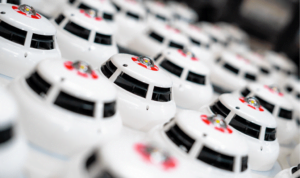 All in one solution

Since the definition of the VAD in EN 54-23, it has highlighted places where anyone with hearing difficulties may be present or left unattended require VADs (or a suitable alternative) to alert hard of hearing people of a fire. Meaning that bedrooms and toilets found in shared accommodation, such as student apartments, HMOs or hotels, all have to come equipped with VADs. All these types of rooms require an automatic smoke detector but also an additional VAD installed. In this instance, the best solution is opting for a combined unit. The Protec 6000PLUS range of sensors offers just that, with smoke, heat and multi-sensor detectors all coming with integrated VAD variants.

All 6000PLUS sensor VADs come complete with high intensity LED located on the sensor head. The optimal dispersion of light is spread across the room, giving the best possible notification of an alarm from a visual device.

6000PLUS sensor VADs also offer an all in one solution to fire protection, incorporating a VAD and sensor into one unit while still being loop-powered. Therefore, no ancillary 24 V is required. It negates the need for separate wall-mounted solutions involving extra installation, requiring additional equipment, material, and, more importantly, time and money.

Be seen without being heard

Sometimes an audible alarm isn’t always the best solution and can cause more problems than initially thought. For example, loud sounders in places such as hospitals, care homes or animal shelters can create unwanted alarm and distress to its occupants. In these situations, you need to alert only the relevant people without causing any unwanted anxiety. A VAD is favourable as the intense white light emitted from a VAD is enough to draw attention to the staff, who then put the correct evacuation procedure into action.

The 6000 range offers single VAD units that don’t emit any audible sound, meaning they are the perfect solution for areas where sound might cause distress to the occupants. Both wall and ceiling variants in either red or white finish mean they can fit unobtrusively into the aesthetics of any room. Angled to offer more.

Visual Alarm Devices are all about offering the best amount of light to alert people. By directing the light, you can focus the light on the areas that matter and offer the best chance of drawing attention where needed, which the VAD is all about! Our range of VADs all position the LED to offer the very best light spread. Seen in our wall-mounted range of visual alarm devices by angling the LED, it directs the light downwards and outwards, optimising the light’s path making an excellent visual notification of a fire scenario. 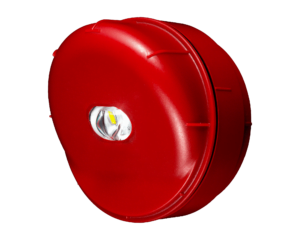 All of the addressable sounder VADs we produce is manufactured in the UK to meet EN 54 Parts 3, 17 & 23. It solidifies that you’re safe in knowing our product will offer the approved protection required no matter which country you reside in.

The various sections of EN 54 requirements ensure that the VADs we manufacture are to the correct requirements regarding light output, flash rate and consistent illumination over 0.4 lux at any one point.

In addition to the brightness of the VAD, the light spread also comes into the mix. Each VAD has to meet the correct light spread, ensuring the VAD offers the proper light dispersion. Our VAD range all offer a maximum mounting height of up to 3 metres producing a cylindrical light spread of up to 7.5 metres in diameter and projects the light 7.5 metres from the device. It ensures our VAD’s are fit for a vast majority of environments. This impressive light spread means the Protec range of VADS meet both the ‘C’ (Ceiling) and ‘W’ (Wall) category’s, outlined by EN 54-23.

For in-depth information and to read more on the VAD range, head over to our product pages, which features all our technical data on VADs and other Protec equipment.