It is not enough that a safety sign can be seen. It is essential that each sign is quickly understood and that an installation of signs quickly and clearly conveys their intention and continues to confirm the message.

Research has identified that the key requirements for an acceptable safety sign are:-

Conspicuity: The capacity of a sign to stand out or be distinguishable from its surroundings and thus be readily discovered by the eye. It is the noticeable contrast between a sign and its background, attributed to an exogenous (unplanned) or andogenous (planned) mind-set, with the display having features that attract attention to the sign. Conspicuity is considered a subjective outcome.

Visibility: The physical attributes of a sign and its contents that allow for detection at a given distance, although legibility may be uncertain. Visibility is considered an objective stimulus.

Legibility: The physical attributes of a sign that allow for differentiation of its letters, words, numbers, or graphics and that directly relate to an observer’s visual acuity. Legibility is considered an objective stimulus.

Understandability: That which enables the observer to correctly perceive the information content of letters, numbers or symbols grouped together, or other meaningful relationships on the sign. Understandability is the character of a sign that leads to comprehension of its intended message, and depends on legibility and other considerations of contents and time restraints. It is considered a subjective outcome.

When considering a design for an effective escape route it is important that the exit path and any potential obstacles are well illuminated. BSEN 1838 (incorporated into BS 5266 as Part 7) sets out the requirements such as – the centre line of any escape route should be lit to a minimum of 1Lux and the route should be marked with well positioned signs that clearly indicate the direction towards a final exit and on to the “place of safety”.

The signs should be positioned so that each sign is always within a readable viewing distance and each sign shall be located so that it is visible to reconfirm the correct route at every intersection or change of direction so that evacuees can move along the escape route quickly and safely. However, in some environments (public buildings, retail areas, etc.) there may be a great number of sign boards, building furniture and visual obstacles that could confuse evacuees in an emergency. This is why safety signs must be easily seen and understood and, in today’s cosmopolitan society, it is essential that the meaning of signs does not rely on language.

Standardisation across Europe was one method of increasing a wider understanding of safety signs. Therefore, the EC Safety Signs Directive (92/58/EEC) was published and adopted as ‘The Health and Safety (Signs and Signals) Regulations’ in England during 1996. This piece of legislation set out simple ‘Pictogram’ sign formats to be used within the European Community.

The Regulations showed the intrinsic features required for emergency escape signs as being a white pictogram on a green background. The pictogram consists of the running man/arrow/door. These intrinsic features avoided the use of words in any of the escape signs and set out escape route guidance thereby simplifying the vast range of text signs that had previously been used.

The only problem with the EC Safety Signs Directive was that the pictograms supplied were of a different format to those shown in ISO documents and some National Standards such as BS 5499. Here are the three formats currently available for use in the UK:

In 2011, it was decided by many of the National Standards bodies to consider adoption of a single pictogram format as shown in ISO 7010.

This format was adopted by BSI in the latest edition of BS5266: 2011 which is considered the ‘de-facto’ emergency lighting standard in the UK. This is supported by the revised edition of EN 1838.

BS 5499-4:2013 now gives guidance for externally illuminated signs. The requirements are identical irrespective of whether they are painted, printed or phosphorescent: “the vertical illumination should be not less than 100 lux under normal lighting conditions and not less than 5 lux on any part of the face of the sign under mains-failure conditions.” Ref. clauses 5.2 and 5.4 of BS 5499-4:2013

The members of the Industry Committee for Emergency Lighting (ICEL) recognised that a further change in sign format could cause additional confusion within the already confused market and therefore decided to launch the ICEL Clear Sign Campaign.

It is a legal requirement for businesses to conduct risk assessments for fire safety and evacuation and it is of course vital that the emergency escape signs are of a legal format.

These images show the different appearance of the Pictogram symbols used in these signs but the key differences between the Health and Safety (Signs and Signals) Regulations / EC Safety Signs Directive (92/58/EEC) pictograms and the ISO versions include:-

For new installations, the best advice is to use internally illuminated emergency sign luminaires with the minimum number of sign formats of the ISO 7010 format to avoid confusion. Almost all escape route scenarios can be clearly indicated with the basic ISO 7010 pictogram signs conveying the messages ‘straight on’, ‘go left’, ‘go right’.

However, Local Authorities and Fire Authorities can require new installations to be of either format – Signs Directive or ISO until the situation is resolved by an amendment to the Directive – So check with them to be sure you are supplying the correct format for your project. Extensions to an existing installation should be made in the same format as the original signs.

The technical features required for these signs are:- 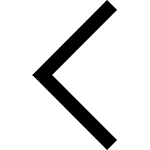